It’s the hat sensation sweeping the nation. The acclaimed television series “Peaky Blinders” has been influencing the hat trends since it premiered in 2013 and the characters staple accessories, the Flat Cap and Newsboy are the choice styles for fans internationally. With a rounded top and a small stiff front brim, the newsboy is the ultimate addition to any daytime ensemble.

These styles have been a cultural staple in British fashion since the 14th century when ivy and driver caps were in the wardrobe of every working class man. In the 1920’s the modest cap caught on and fashionable young men across England were donning the style. It’s the history of this cap that gives it a vintage allure which has no doubt been heightened by the success of Peaky Blinders in recent years.

The humble topper can give you the sharp look of the stylish characters in this show, without having to bust out the three-piece suit as seen on impeccably dressed Thomas Shelpby. Pair his signature Newsboy with a fitted jacket and chinos to add a bit of peaky swagger to your casual attire. In the winter go for a tweed or pure wool cap, in the summer a silk or linen cap is your best bet. Shop the Look: 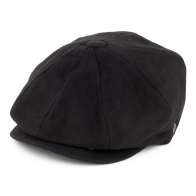 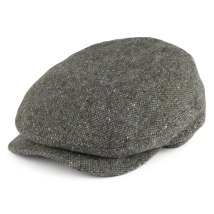 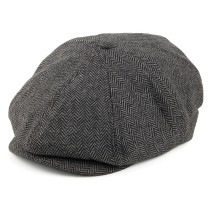